SchoolHouse Connection is the nation’s leading expert on the early care and education of children and youth experiencing homelessness. You can learn more about us below, and read about our history and advocacy principles here. Learn more about our board of directors here. 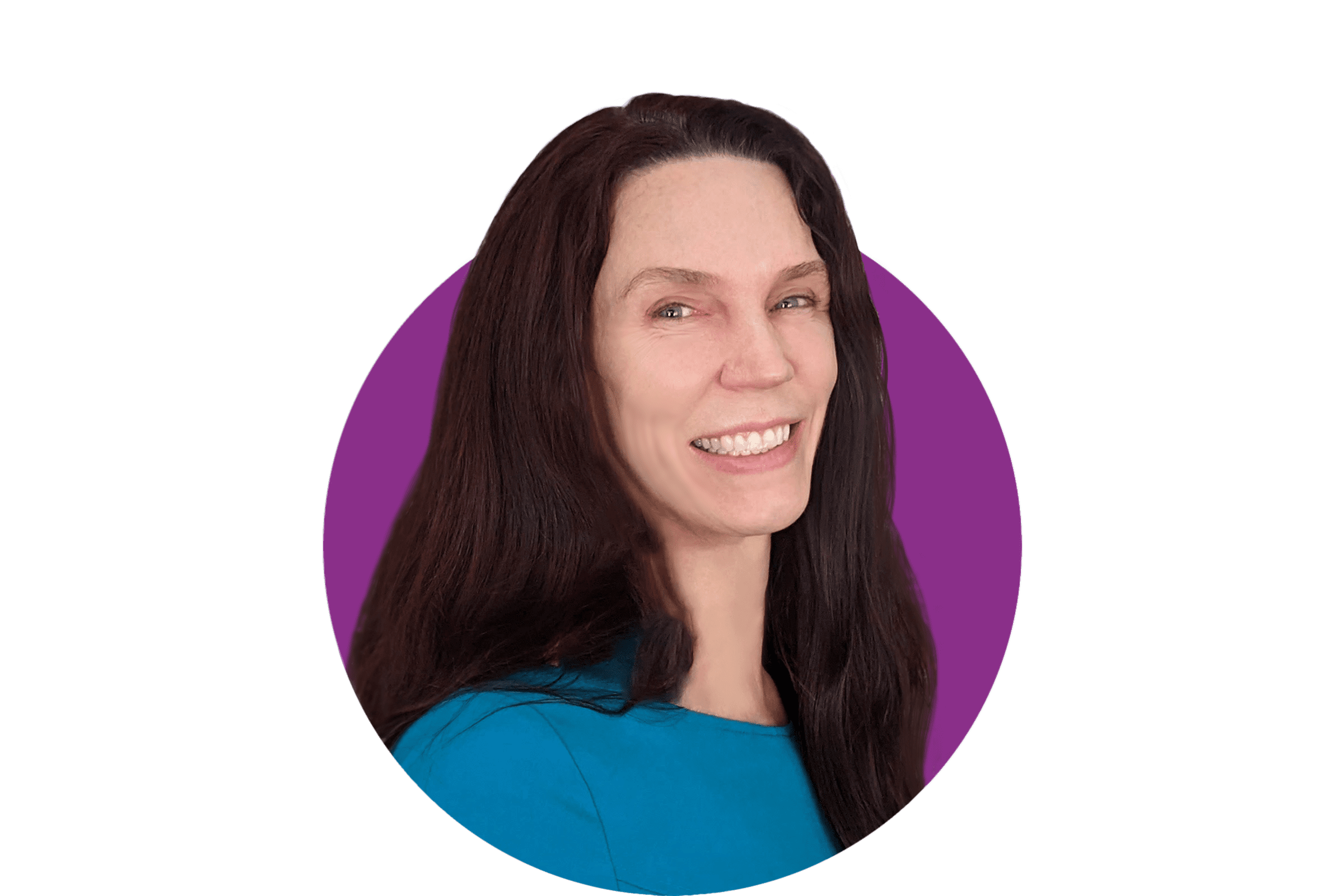 Barbara Duffield is Executive Director of SchoolHouse Connection. For more than 20 years, she has bridged policy and practice in early care, education, housing, and homelessness. Barbara began her career as a tutor for children experiencing homelessness in Washington DC in 1990. She was the Director of Education for the National Coalition for the Homeless from 1994-2003, where she collaborated with service providers, educators, federal agencies, and Congressional offices to address children’s issues. She served as the Director of Policy and Programs at the National Association for the Education of Homeless Children and Youth in Washington D.C from 2003-2016, leading national efforts to strengthen federal protections and services for children and youth experiencing homelessness, from early childhood through higher education. Barbara helped to establish and develop the NAEHCY Scholarship Program, a comprehensive scholarship program for youth who have experienced homelessness and wish to pursue higher education. She has conducted technical assistance trainings, authored policy reports, appeared on television and radio shows, and has been quoted by various media outlets such as The New York Times and Education Week. Her academic work can be found in Educational Studies, Early Childhood Research Quarterly, and Families in Society: The Journal of Contemporary Social Services. Barbara has served on numerous commissions and advisory groups, including Sesame Street Workshop’s Trauma Initiative and the National Commission on Children and Disasters education group. She received her Bachelor’s degree summa cum laude in Political Science from the University of Michigan. 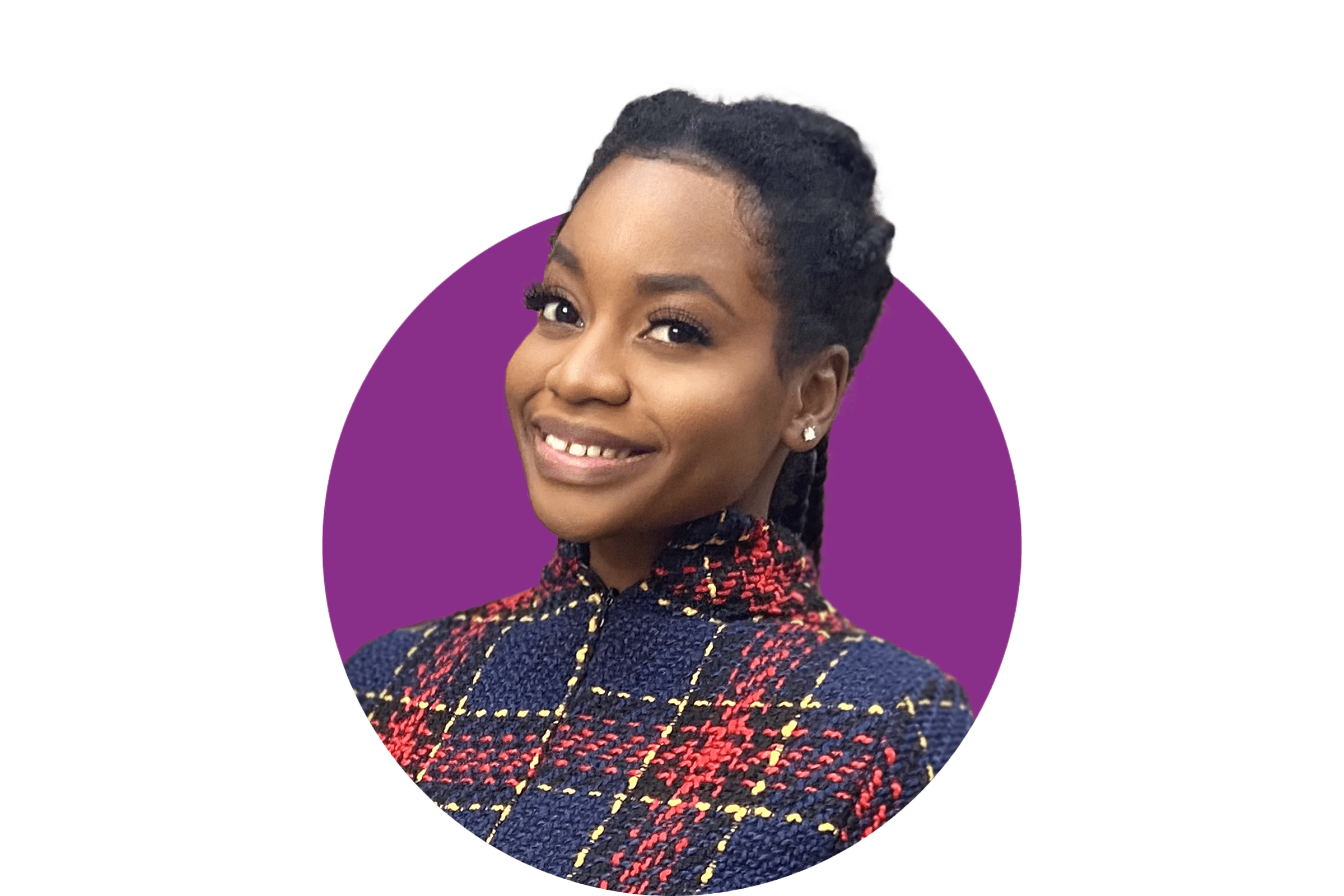 Alleanne served as a 2018 Civic Houston Intern in the office of Mayor Pro Tem Ellen Cohen, where she liaised between Houston residents and local agencies, facilitating the improvement of local infrastructure and the provision of essential services. She was then selected to represent the University of Houston’s Hobby School of Public Affairs at the Texas State Capitol, as a 2019 Hobby Fellow. Not only did she gain direct legislative experience, aiding the passage of 5 bills which were signed into law, but also took the lead on constituent casework, helping persons across a diverse spectrum with unique concerns.

The following year, Alleanne was named a 2020 Leland Fellow, to represent the University of Houston at the nation’s Capitol. Through these fellowship programs, she gained invaluable knowledge on the issues affecting the most underserved throughout the country. One in which she took a particular interest was that of homelessness in schools.  She had worked on this issue in direct collaboration with SchoolHouse Connection (SHC), during her time spent in the Texas legislature. Alleanne is honored to serve in her role as Policy and Outreach Associate for as impactful an organization as SHC; what she believes is the start of a long career in public service. 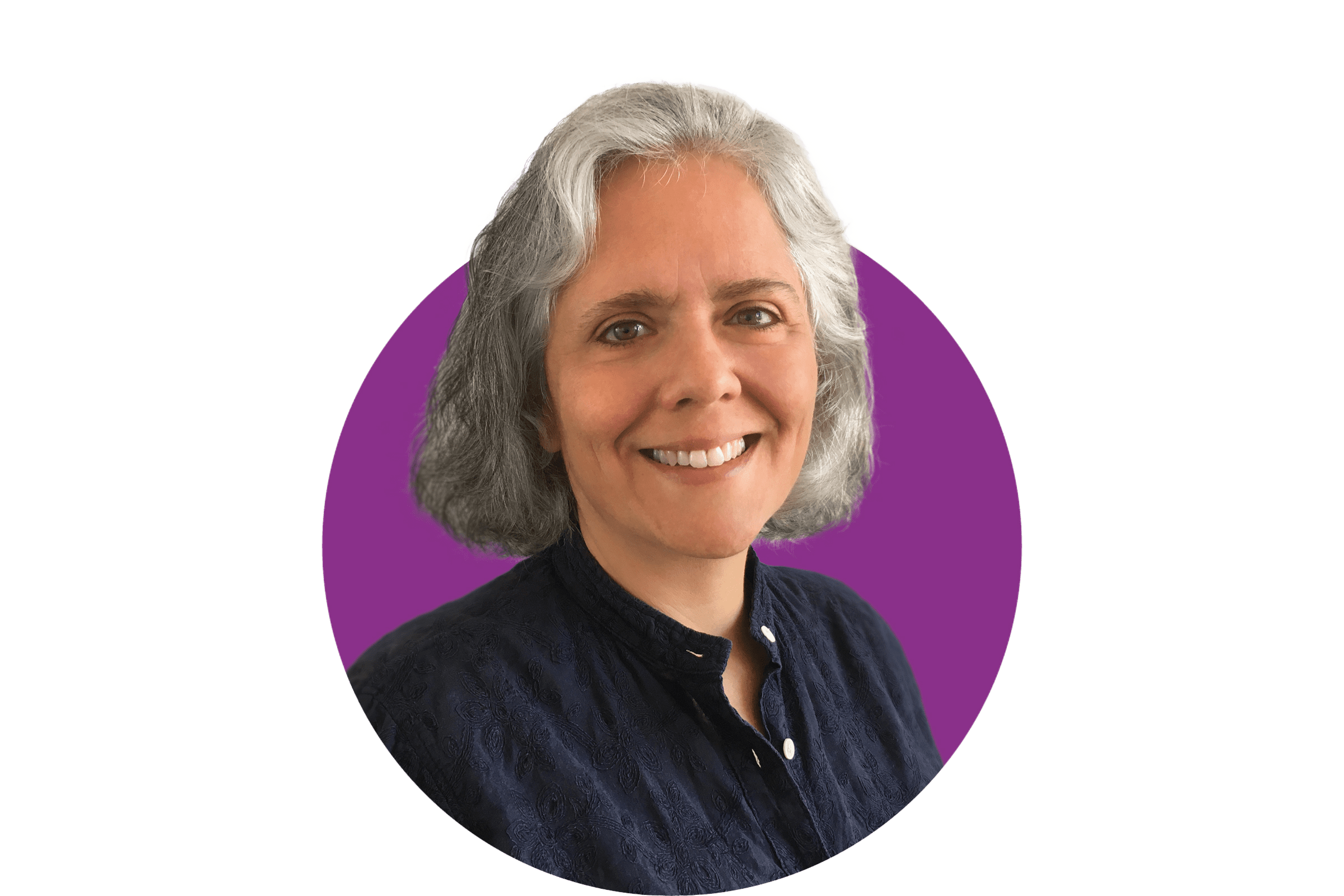 Patricia Julianelle is an attorney and legal consultant for state and local governments and non-profit organizations. She has over 25 years of experience defending children’s and youth’s rights, including leading state and federal policy advocacy. Patricia is an expert on education law and policy, including the rights of children and unaccompanied youth experiencing homelessness, students with disabilities and undocumented immigrants. She has worked with the National Association for the Education of Homeless Children and Youth (NAEHCY), the National Disabilities Rights Network (NDRN), Washington State’s Office of Superintendent of Public Instruction (OSPI), and the American Bar Association, among other organizations. Patricia’s work has been published in academic and practice journals, including the Children’s Legal Rights Journal, the Journal of Negro Education, Seattle Journal of Social Justice, and Journal of Poverty Law & Policy. Patricia graduated from Yale University and received her J.D. summa cum laude from Lewis & Clark Law School. She taught high school in the US and law school in Chile, where she met her wife, acquired her wonderful Chilean nieces and nephews, and continues to reside part-time. 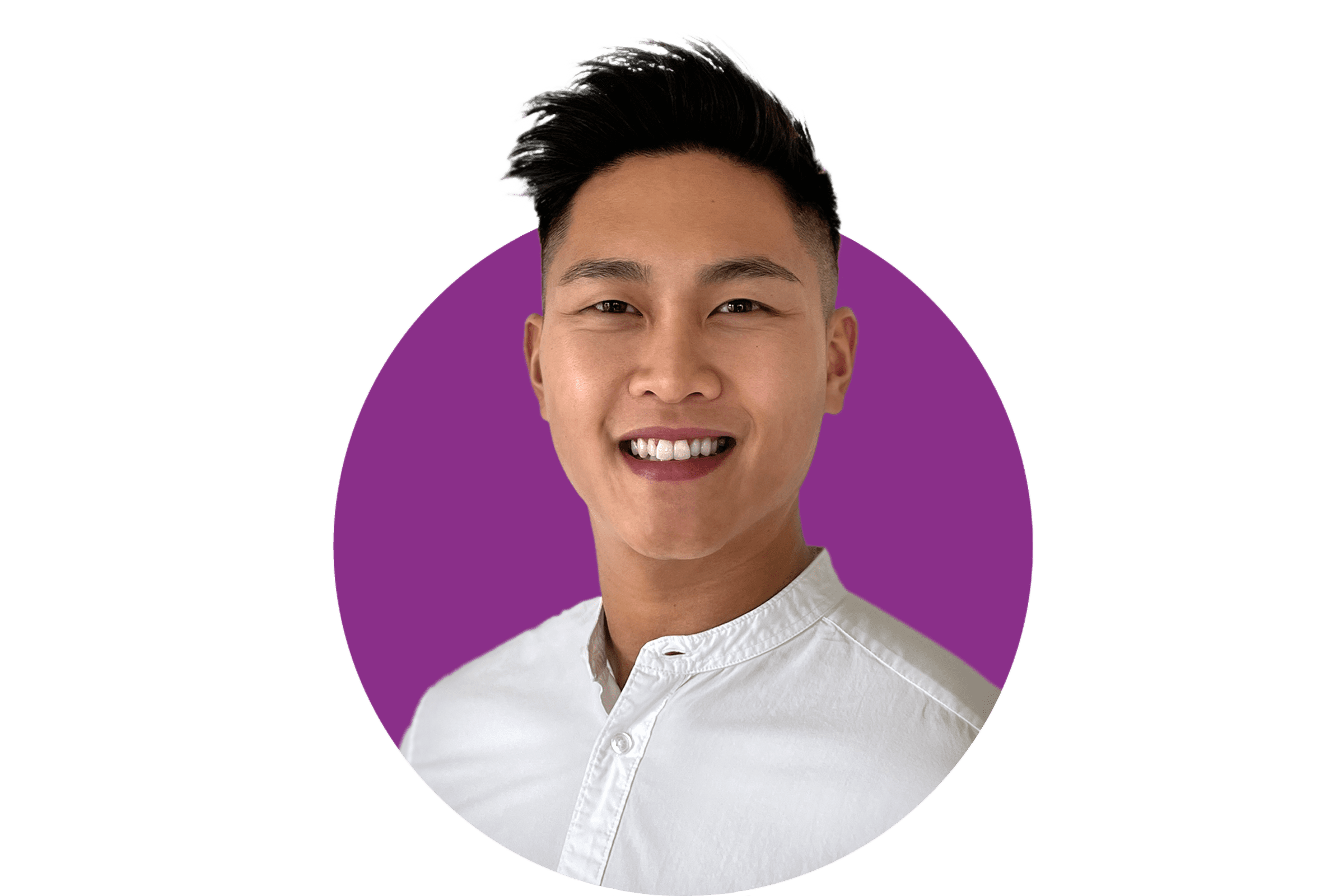 Leconte Lee, a native of Malaysia, completed his Bachelors in Advertising & Public Relations at Hawaii Pacific University and his MBA in Marketing at University of North Carolina, Charlotte. He has an extensive background in account management, social media, email marketing, copywriting and content development, traditional media, and campaign optimization. He was drawn to SchoolHouse Connection because his parents worked extremely hard and made incredible sacrifices to put him through college and he is determined to give back to the community and give others the opportunity that was given to him. He currently resides in Tulsa, Oklahoma. 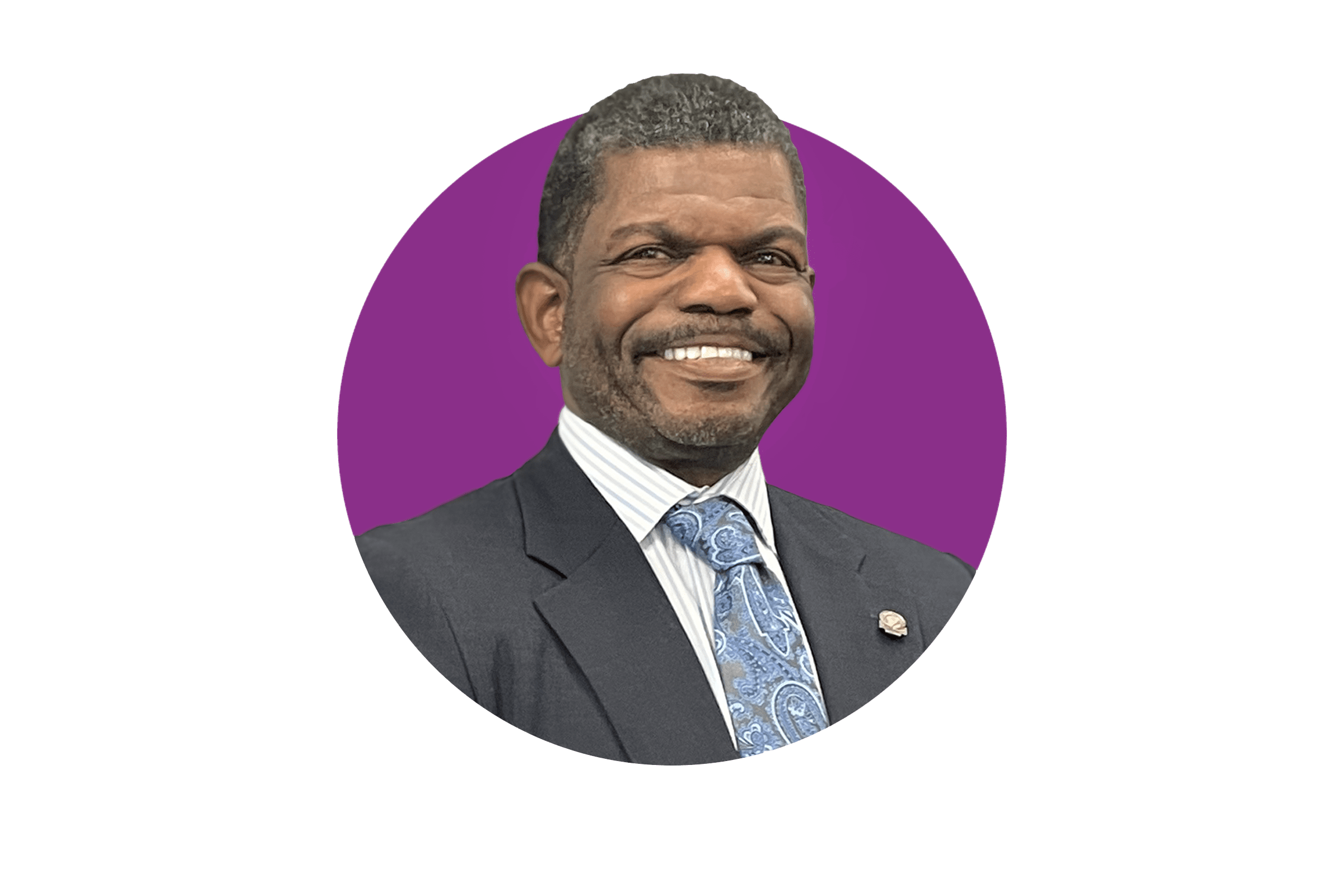 Rodd Monts is the director of state policy for SchoolHouse Connection. He has more than 15 years of advocacy, organizing, public policy and coalition building experience gained in leadership of a variety of local and state campaigns. His work spans many social justice issues, including education, juvenile justice, immigrants’ rights, reducing mass incarceration, police reform, voting rights and LGBT equality.

Rodd’s work in Michigan contributed to the passage of the Detroit Community Input Over Government Surveillance ordinance (CIOGS), Public Acts 383-397, groundbreaking pretrial reform legislation, Public Acts 360-366 of 2016 (the “Rethink Discipline Act”), eliminating zero tolerance discipline in the state’s public schools, as well as passage of several city and county ordinances. He is the recipient of the “Excellence in Advocacy Award” given by the Michigan Department of Health and Human Services for advocacy work on behalf of the Michigan School-Justice Partnership. 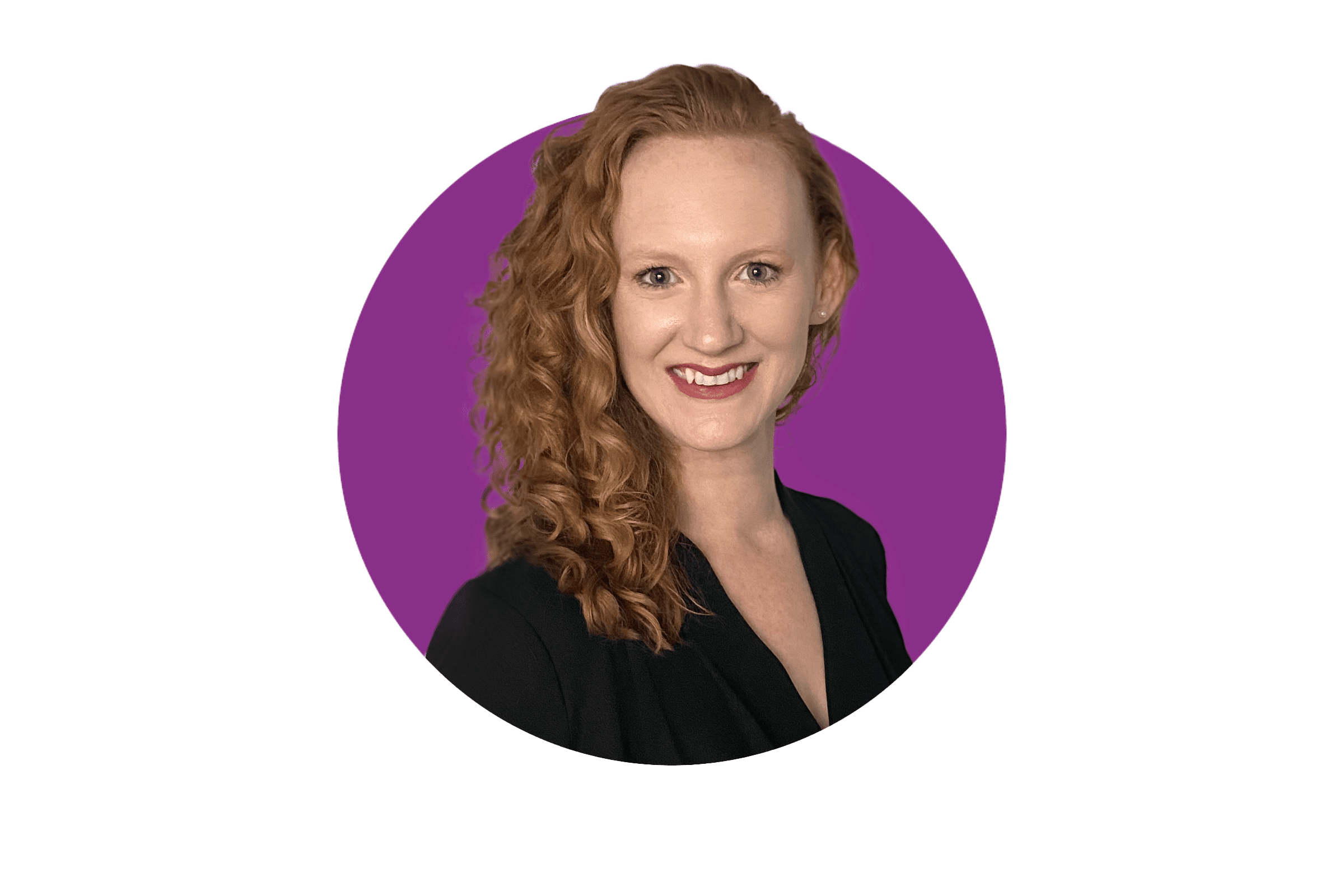 Erin is a former teacher turned education policy strategist originally from South Carolina. With nearly 14 years in education, she has gone from the classroom to positions in federal policymaking, philanthropy, advocacy, and policy consulting.

Erin spent five years teaching Government and Economics in North Carolina and Virginia, taking an active role in school- and district-wide leadership roles. After moving to Washington, D.C., Erin began her career in education policy at the U.S. Department of Education’s Office of Planning, Evaluation, and Policy Development (OPEPD), assisting senior advisors on initiatives to expand equitable federal education policies. She has also worked with the Community Foundation of the National Capital Region as a Education Fellow, American Youth Policy Forum (AYPF) as a Program Associate, and most recently with EducationCounsel as a Senior Policy Associate. Throughout her fifteen year career in education practice and policy, Erin has focused on expanding opportunities for the most underserved students – those experiencing homelessness, in foster care, and in the juvenile justice system. 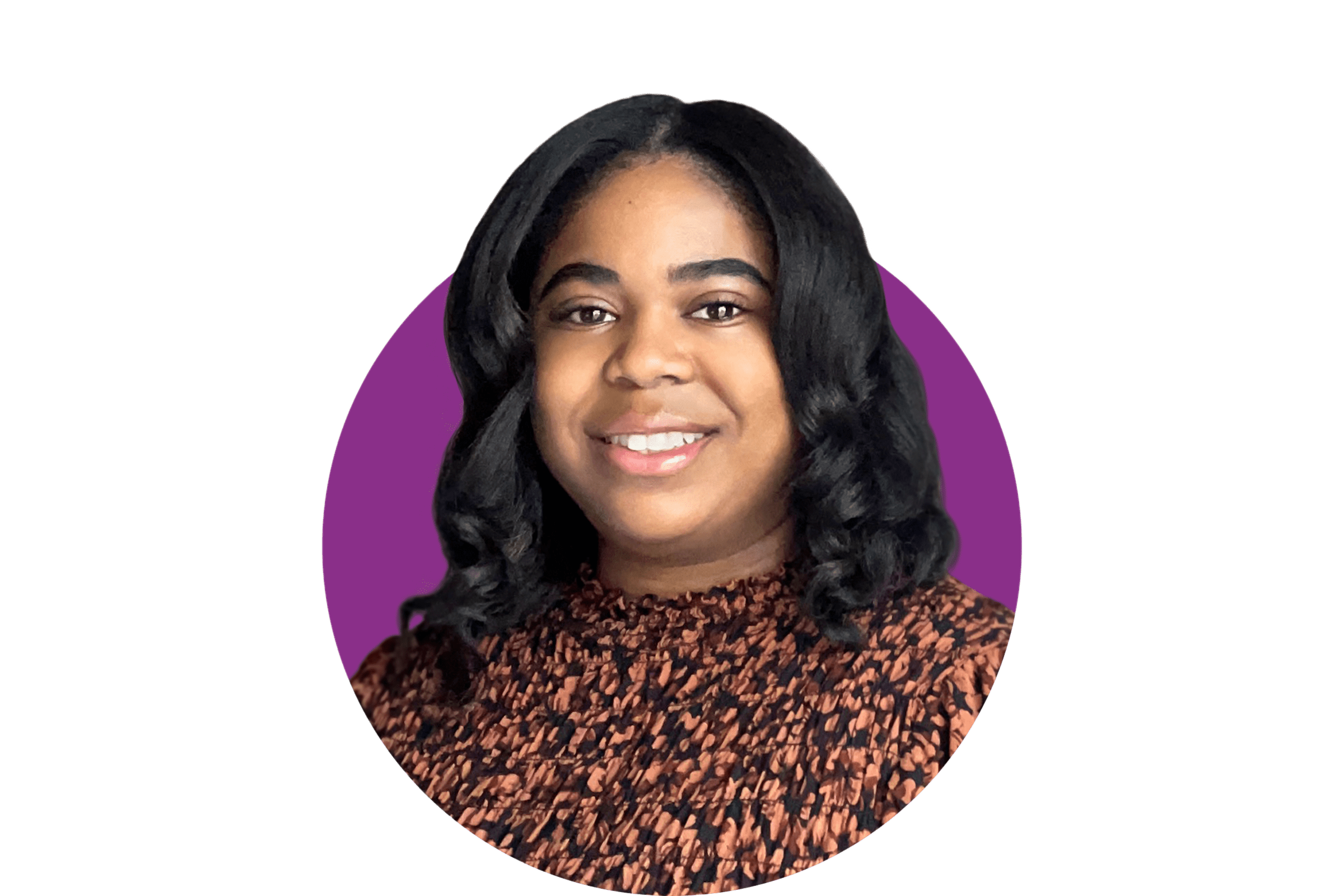 Roshanda has six years of experience with college access programs and has worked in state colleges and universities providing academic and personal support to first generation and limited income students as a Counselor/Advisor, and then Program Manager of the Student Support Services (SSS) Program. Roshanda also had oversight of the SSS Peer Coach program where she led the recruitment, training, and leadership development of top program participants. Most recently, Roshanda served as a School Social Worker and McKinney-Vento liaison for Hillsborough County Public Schools, Florida. In this role, she connected students and families experiencing homelessness with school and community resources, operated an onsite food pantry and weekend backpack program to address food insecurity, and the identification and removal of barriers to school attendance. Roshanda is a Wisconsin native currently residing in Tampa, Florida. She holds a bachelor’s degree in Journalism & Media Communication and a Master’s degree in Administrative Leadership with a concentration in Higher Education Administration from the University of Wisconsin-Milwaukee, and a Master’s in Social Work from the University of Central Florida. 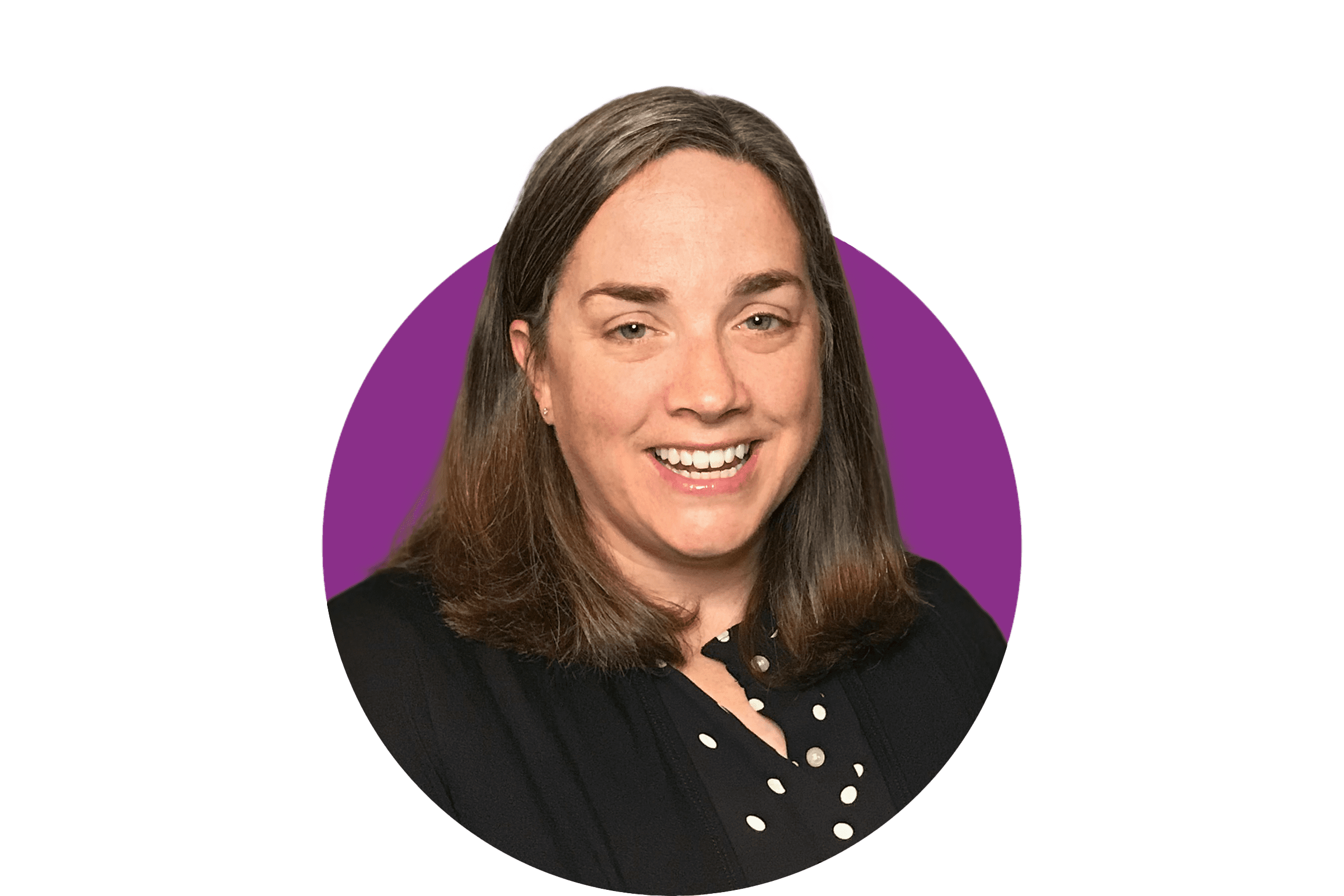 Karen Rice joins SchoolHouse Connection from Madison, WI. Karen has a Bachelor’s in Spanish and Education from the University of Northwestern- St. Paul (previously Northwestern College), and a Master’s in Education-Professional Counseling from Concordia University-Wisconsin. Karen brings ten years of experience from a district level, serving in a variety of roles including District Translator/Interpreter, Transitional Education Coordinator, Bilingual Family Outreach Coordinator, and Bilingual Family Liaison. During these years, Karen focused on family engagement and professional development to serve both students experiencing homelessness and the Latinx community. In 2017, Karen joined the Wisconsin Department of Public Instruction as a State Coordinator for the Education of Homeless Children and Youth and a Coordinator of the Migrant Education Program. Together with colleagues, Karen supported district and regional staff by providing extensive training and capacity building opportunities. Karen is excited to be joining the SchoolHouse Connection team as the Senior Program Manager of Education Initiatives. 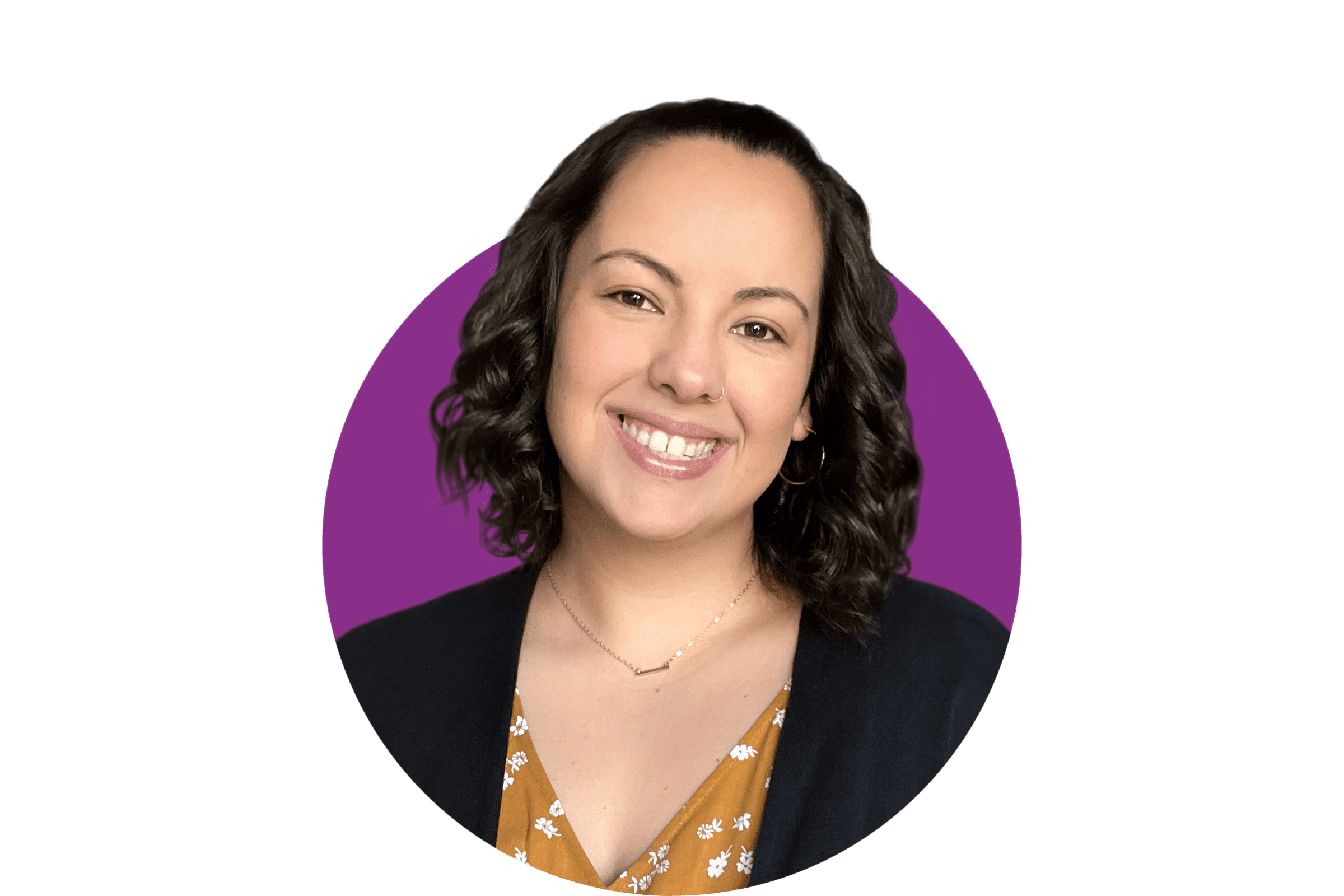 Director of Youth Leadership and Scholarships

Jordyn Roark holds a Master’s Degree in Social Work from the University of North Carolina at Pembroke and hails from Eastern North Carolina. Jordyn has dedicated her personal and professional life to serving youth and young adults experiencing homelessness, ensuring that they can get to and through higher education. During graduate school, Jordyn co-founded Aspire, a mentoring and financial assistance program for students experiencing homelessness at UNC Pembroke. Using her own story of youth and young adult homelessness, Jordyn has traveled the country providing keynotes and training to young people, organizations, and professionals on the barriers that students experiencing homelessness face and tips for increasing their access to higher education. Previously, Jordyn served as the Residential Coordinator for a large family homeless shelter in Falls Church, Virginia. She has also served as the Housing Navigator for Back@Home, North Carolina’s re-housing initiative following Hurricane Florence, as the Marketing and Community Outreach Coordinator for United Way of Robeson County, the Weekend Shelter Advocate for Southeastern Family Violence Center, and the Coordinated Entry Lead for the Region 8 Balance of State-Continuum of Care in North Carolina. In her spare time, she enjoys dancing, hiking, traveling, and spending time with loved ones. Jordyn believes in the powerful work that SchoolHouse Connection is doing and is honored to serve as Director of Youth Leadership and Scholarships. 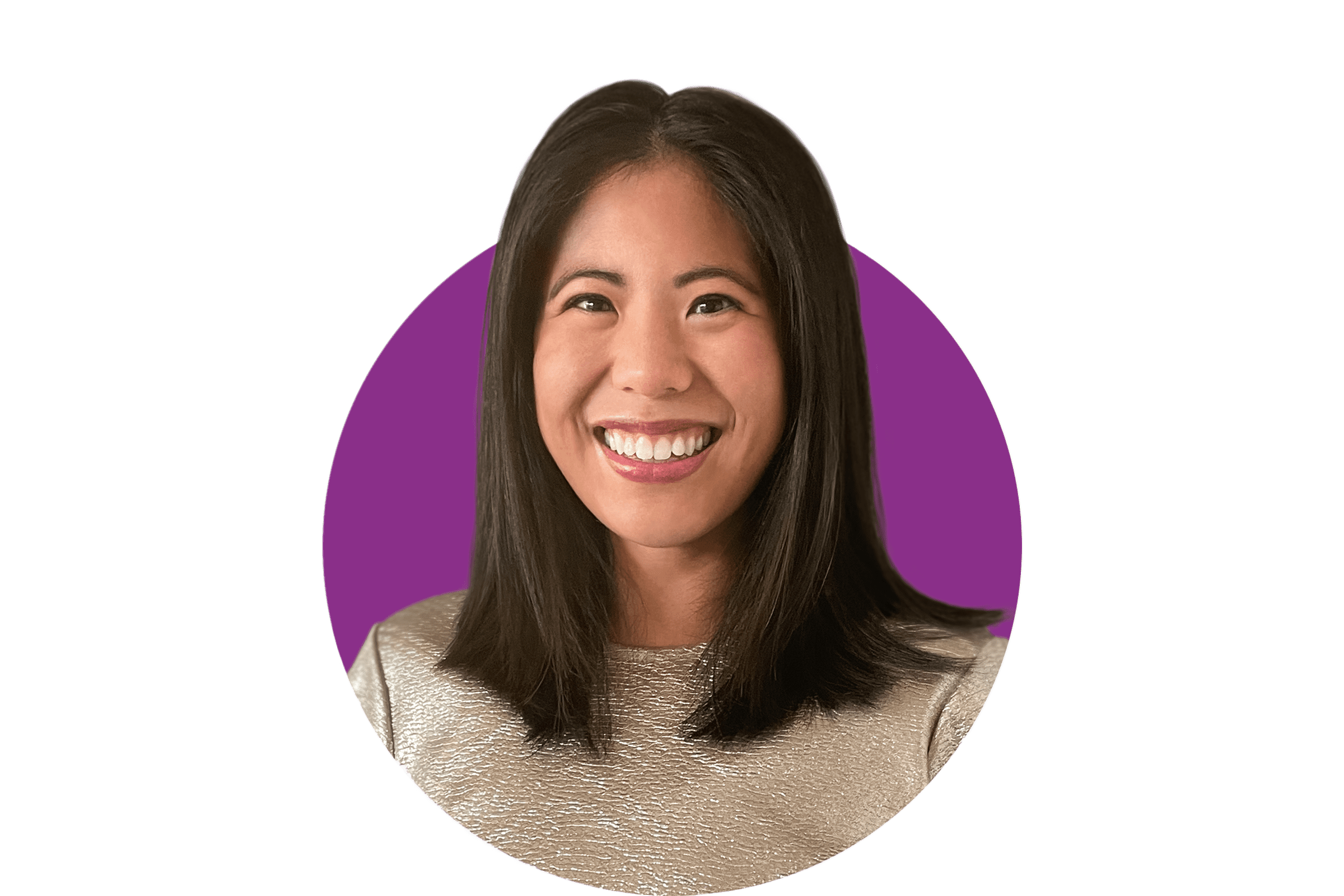 Jillian Sitjar attended Culver Academies, a boarding school in Indiana. She continued her education at Butler University with a Bachelor’s degree in Gender, Women, and Sexuality Studies. Jillian pursued her Master’s of Education in Higher Education and Student Affairs at the University of South Carolina working as a graduate assistant in the Office of Multicultural Student Affairs supporting students of marginalized communities through various programs and events. After graduation, she was a Community Director at Georgetown University where she oversaw an apartment complex of about 450 students. Jillian is excited at the opportunity to be a part of SchoolHouse Connection and is committed to making a lasting impact as the Senior Higher Education Program Manager. She currently resides in Philadelphia with her Maltipoo, Marbles.