The SchoolHouse Connection Board

SchoolHouse Connection is proud to introduce our Board of Directors. Six dynamic and passionate individuals have agreed to lead us as we set our goals, build our plans, and establish our internal systems. Their diverse expertise and experience provide a strong foundation for our growth. 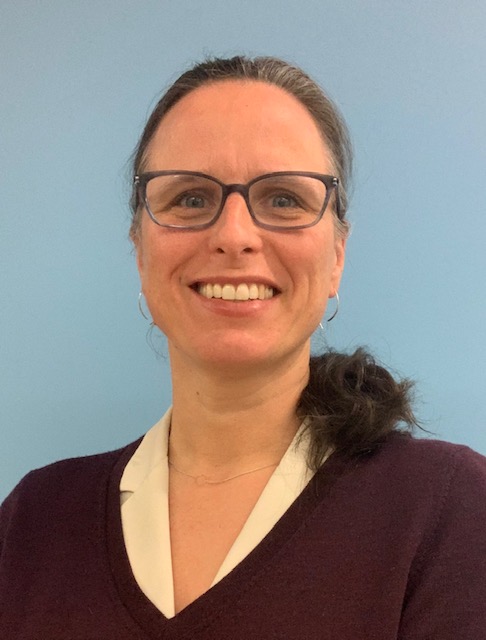 Jennifer Pringle is the Director of the New York State Technical and Education Assistance Center for Homeless Students (NYS-TEACHS) at Advocates for Children of New York. For over fifteen years, Jennifer has worked to ensure that students experiencing homelessness have access to the educational services and other supports they need to succeed in school. She started her career working out of a large family shelter in Brooklyn, providing workshops and advocacy services to parents to help them secure educational services for their children. Since 2005, she has served as the director of NYS-TEACHS, and oversees training and technical assistance to over 1,000 NYS school districts and charter schools serving nearly 150,000 students who are homeless. She received her undergraduate degree from Dartmouth College and her law degree from Columbia Law School. Jennifer, her husband, and two children live in Brooklyn. 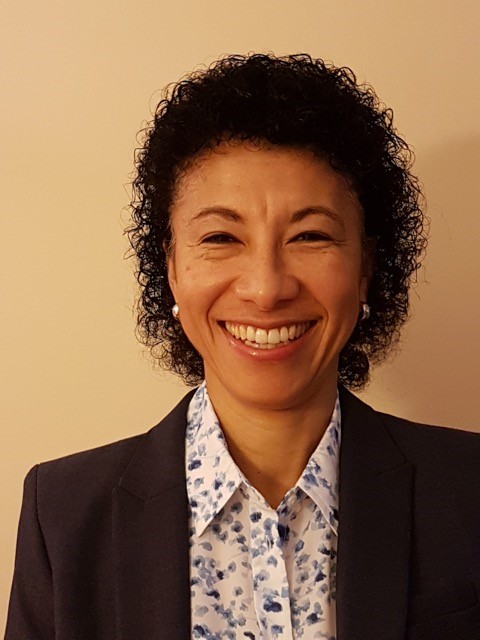 Viviana Otoya is a Finance Professional with more than 20 years of experience. She currently works as Director of Internal Audit at Indigo Books & Music in Toronto, Canada.

Viviana was born in Peru. She obtained her Bachelor’s degree in Accounting and Business Administration at the Pontifical Catholic University of Peru, her Master of Business Administration at Federico Santa Maria University in Santiago, Chile, and her Certification in Internal Audit (CIA) at the Institute of Internal Audit in Toronto, Canada. Viviana initiated her career as an Assistant Administrator in Flora Tristan, a non-profit organization based in Lima, Peru, that fights for women’s rights. She lived in Chile for a number of years and worked at Avon Products Inc., in positions of progressive responsibilities.

Viviana loves the outdoors. In her free time, she enjoys running, hiking and biking and spending time with her partner and friends. 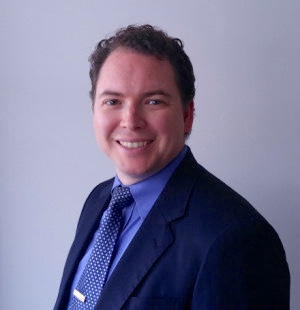 Phillip Lovell is the Vice President of Policy Development and Government Relations at the Alliance for Excellent Education. He is a passionate advocate for the nation’s underserved children and youth, having spent the past two decades advocating on Capitol Hill in areas such as juvenile justice, homelessness, and education.

At the Alliance, Phillip is responsible for leading the organization’s efforts on Capitol Hill, with the White House and U.S. Department of Education to advocate for federal policy that will prepare the nation’s students to graduate from high school prepared for college and the workforce. He led the Alliance’s effort to ensure that high schools with low-graduation rates receive comprehensive support and intervention under the recently passed Every Student Succeeds Act.

Phillip began his career as policy coordinator for the National Crime Prevention Council and cofounded the National Youth Network, a partnership of over twenty national youth organizations with the U.S. Department of Justice that strengthened the voice of young people with regard to juvenile justice during the youth violence epidemic of the late 1990s. Subsequently, as director of public policy for Camp Fire USA, Phillip represented nearly 750,000 children and youth, advancing issues such as childcare and afterschool programs. Most recently, he served as vice president for education, housing, and youth policy at First Focus and America’s Promise Alliance, founded by Ret. General Colin Powell.

Over the course of his career, Phillip has written a number of publications on issues such as children in the federal budget, homeless children and families, and disconnected youth. His work has been referenced in media outlets including CNN, USA Today, C-span, and Time magazine. Phillip has an undergraduate degree from Georgetown University in international politics. He and his wife, Beth, have two daughters and a son. 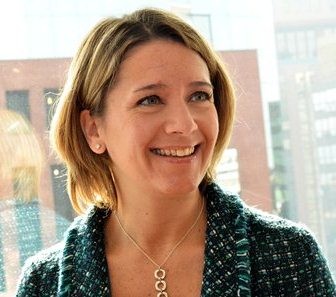 Jill Sallows has over twenty years of global mobility and talent acquisition experience, including developing mobility strategies and supporting initiatives, designing and administering mobility policies, including compliance and education, building a technology infrastructure to support mobility opportunities, processes, reporting, and operations, sourcing both entry-level and experienced candidates and adopting effective selection methodologies, and facilitating various training courses and meetings. She joined Deloitte in 1999 and has held various Talent roles for Deloitte in both the United States (Atlanta, Georgia) and Santiago, Chile. For the last ten years, Jill has been a member of Deloitte’s Global Talent team, working closely with other Deloitte Talent professionals from around the globe to enhance both local and global mobility priorities.

Jill is originally from the United States where she earned a BA from DePauw University in Greencastle, Indiana with a major in Psychology. She has lived in Santiago, Chile with her husband for the last twelve years. In her free time, Jill loves to cook, bake, and entertain and, as often as possible, travel to new countries. Chile has given Jill a great appreciation for amazing wines, a year-round climate which affords ample opportunities for outdoor activities, and diverse and beautiful landscapes. 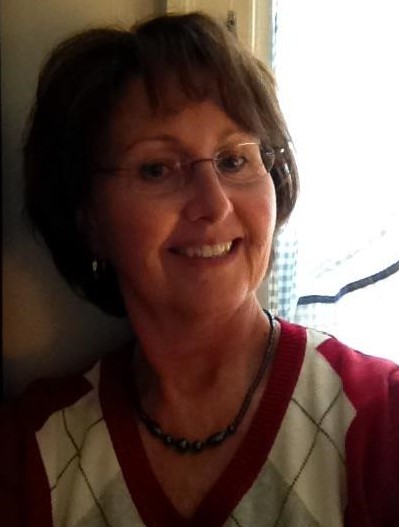 Lynda Thistle Elliott is an educational leader with program design, development and management experience in federal, state, and local projects.  Dr. Thistle Elliott currently serves as New Hampshire’s Director of Homeless Education and Coordinator for Title I Part D Neglected & Delinquent programming.  She is an active member of several boards and task forces including NH’s ICH, Homeless Teen Task Force, Trafficking Task Force, and State Advisory Committee for Special Education.  She has presented at numerous national and state conferences and is the author/co-author of several publications focused on vulnerable students and educational best practice. 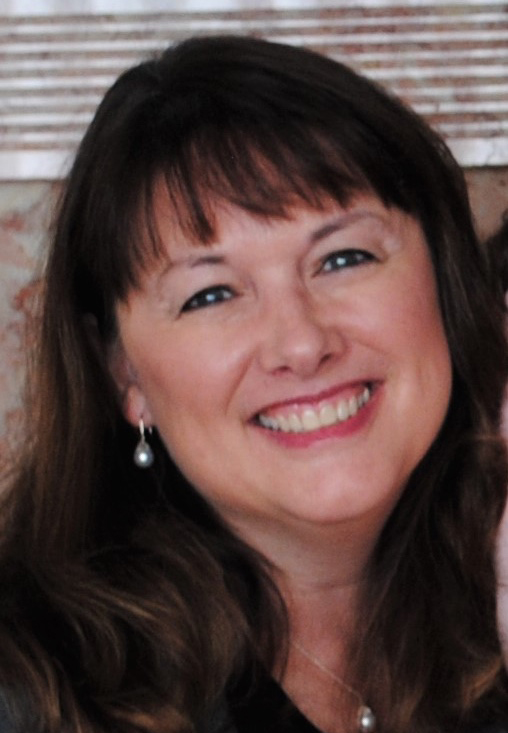 Melinda Dyer has been an advocate for the educational rights of homeless students for more than two decades as the Washington State Coordinator for the Education of Homeless Children and Youth. Melinda oversees the implementation of the federal McKinney-Vento Act in school districts across Washington state, providing training, technical assistance, grant management and resource development.  She has worked to inform state and federal education policy related to the educational rights of homeless students, partnering with local, state and national colleagues to improve the educational outcomes for children and youth in homeless situations

Melinda has served on various state and national boards related to the education of homeless children and youth, including the Washington State Advisory Council on Homelessness, the National Association for the Education of Homeless Children and Youth, and the Washington State Interagency Coordinating Council for Young Children. Prior to taking her post at the Washington State Office of Superintendent of Public Instruction, Melinda was a public high school and junior high school teacher, focusing efforts to support vulnerable and at-risk youth. Melinda earned both a bachelor’s degree and a master’s degree from Oregon State University in Health Education, graduating with honors. Melinda, her husband, and their two children live on the beautiful Olympic Peninsula in rural western Washington.