Crying in the Financial Aid Office: A Student’s Story 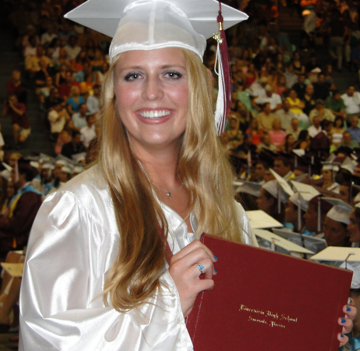 I didn’t know what to expect the first time I stepped foot in a college financial aid office. I assumed it would be the easiest part of college. Ha, joke was on me. Who knew I would be bawling in front of a stranger, telling them about one of my most humiliating and heartbreaking experiences of my life?

By the time I got to college, I thought I was a pro at explaining why I was considered an “independent” student, or why I was graduating a year later than I was supposed to graduate. I had to explain it to my high school counselors and the Florida High School Athletic Association, twice, scholarship boards, and in my college essays. I was not prepared to have to explain it to the financial aid office every semester that I was in college. EVERY. SINGLE. SEMESTER. I had to answer questions like “Why are you considered an independent student?” “Are you married?” “Do you have a child?” and if the answers to these questions were “no,” I was told that I did not qualify. It didn’t matter that I had the correct paperwork proving that I was considered an unaccompanied youth, they still wanted more.

It felt more like an interrogation room than a college campus, and guess who was the suspect? I was asked multiple times if I could get my mother’s tax information, as if the reason I hadn’t done that yet was because I just didn’t feel like making the call – as if my intentions were to make their jobs harder. No, I hadn’t done that yet because my mother didn’t even give me my social security card or birth certificate when she kicked me out. She would never do anything to make my life easier. She was my abuser and I should not be forced to call her to ask for anything.

By this point in the meeting, tears would be streaming down my face, my whole body would be shaking from anger, crying, and just plain embarrassment. I obviously gave them way more information than they needed. Maybe then they would start to understand that I wasn’t just lazy, I actually was an unaccompanied youth.

First, they would call my aunt to make sure I wasn’t lying about my “situation.” Then she had to go into the whole story. I would hear her start to cry on the phone, which made me cry even more. We were a mess. Because the paperwork I gave them wasn’t enough, my aunt had to send over the same paperwork that she had.

Finally, by the end of the day, or sometimes a few days later, everything would be figured out and I would have financial aid to help pay for my classes. Hopefully at this point, they did not drop me from my carefully planned out schedule. I still had to work the maximum hours that I could, and I planned every minute of my day to make sure I could still make enough money to eat.

I had no idea I would have to do this same routine every semester. It was almost enough to make me not want to go to school. I was tired, my life was already hard. I didn’t need the people who are supposed to want students to succeed, beating me down. I felt alone, fighting a battle against anyone and everyone I came across. As wounded as I became from my experiences with the dreaded financial aid office, I came out stronger with more skills than I could have imagined. Getting my financial aid approved wasn’t the easiest part of college, but it was one of the most important things I had to do, because without it I wouldn’t be able to experience the rest of college.

Lizzy Shoben earned her Associate’s degree in Social Welfare in 2013 from the Central College of Florida. She is currently working as a writer, and aspires to be a novelist.