Children’s Grief and Homelessness in the Pandemic and Beyond

In recognition of these twin tragedies, we interviewed Debra Albo-Steiger, CEO of Children’s Bereavement Center in Miami and former homeless liaison for Miami-Dade Public Schools, about the connection between grief and homelessness, and how school district liaisons can help grieving students. 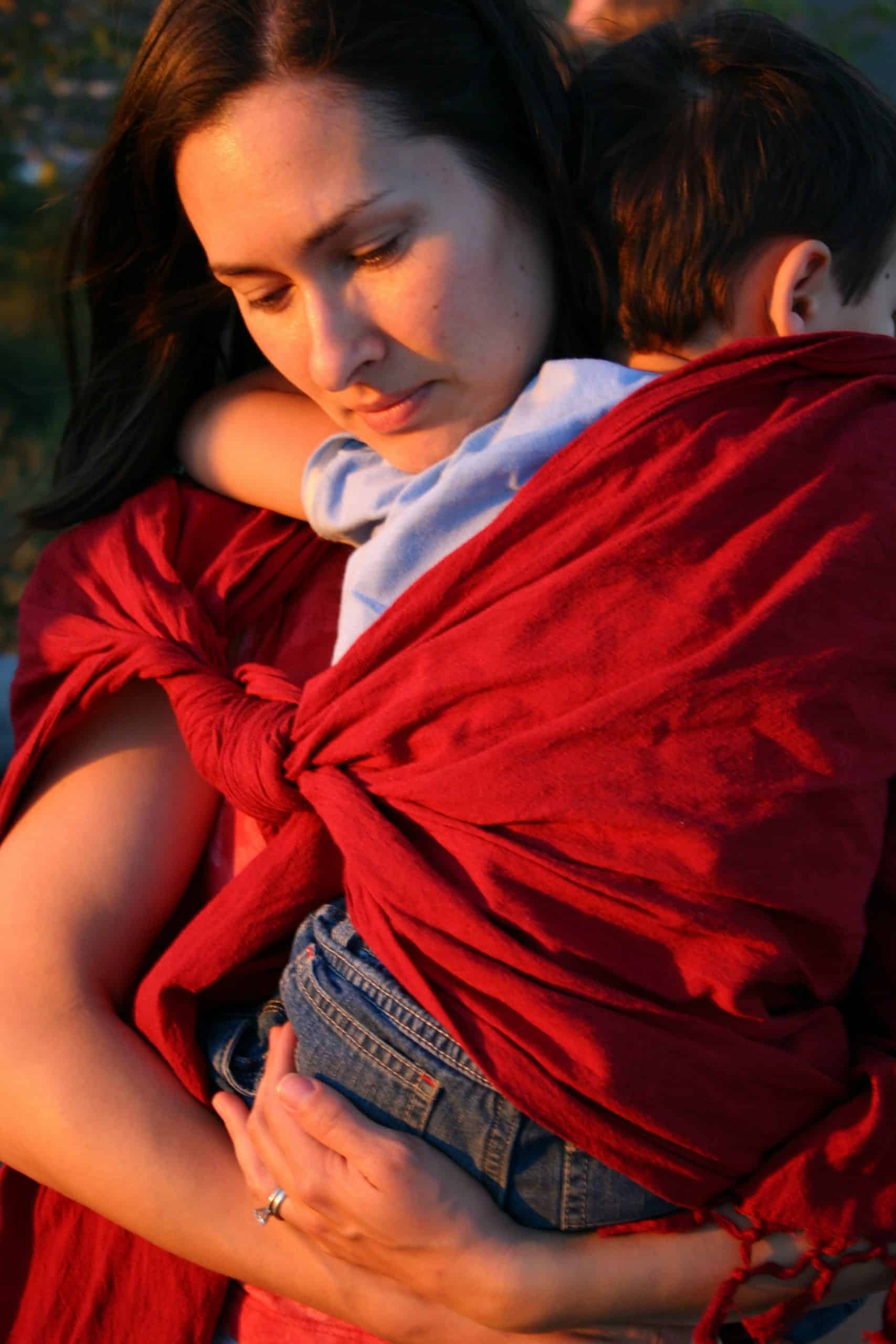 SHC: Thinking back on your work as a McKinney-Vento liaison for Miami-Dade Public Schools, how did issues of grief and grieving show up among students experiencing homelessness? What kinds of situations did you see?

Debra: While in the McKinney-Vento liaison position, I frequently encountered an intersection between homelessness and the death of a loved one. I often saw students who became homeless because of the death of a parent or guardian. Sometimes the student lost their parent and their housing on the same day. There were other times that students were in homeless situations because of a parent’s illness, and then during homelessness, the parent died. In both these instances, the student became an unaccompanied homeless youth (UHY) and needed wraparound support.

For example, I worked with an unaccompanied homeless youth from sophomore year through her high school graduation. She had been struggling with homelessness with her mom and younger sibling from the time she was in elementary school because of her mother’s health issues. This student was very close with her mother, and during her junior year she and her mom decided it would be best for her to live with a friend in a more stable environment, and then qualified as a UHY. The following year, her mother succumbed to her illness while the student was still living with her friend, and of course the student was devastated. The student was referred to the CBC for the grief support group with other high school students, as well as therapy at other agencies. She successfully graduated high school and now is studying at University, but the impact of her mother’s death is still evident today. It is a wound that does not ever truly heal completely, but the hope is that she never had to grieve alone.

SHC: How did grief and grieving impact students’ access/success in school?

Debra: The need for services was identified early by staff and in turn, students were referred to counseling and/or grief support groups. However, given the complicated and difficult situations the UHY were experiencing, many times, they did not have time to grieve. They were still trying to manage their basic needs of food and shelter, and grieving would not be addressed. It was critical that our McKinney-Vento Program was able to help with their basic needs so that they made the time for grief support.   Students who experienced the loss of a loved one coupled with homelessness struggled to keep up with class work and even to attend school, depending on how easily they were able to find stable housing. There were times that the loss of the loved one impacted their education because school was not the first priority in their lives and that was a critical time for the McKinney-Vento staff to intervene to make sure the student was receiving grief support so they could succeed in school.

SHC: In your new role, how is homelessness coming up as an issue among Miami’s children and youth who are in need of bereavement services?

Debra: As the CEO of the Children’s Bereavement Center (CBC), I have been proactive in linking students with grief support. Our CBC outreach team is presenting to all school Homeless Liaisons in the Miami-Dade County Public Schools in Fall 2021 so that school staff know how to connect the student to support. On the CBC side, our intake team has been trained to know how to assist when a call from a UHY is received. They understand how to process the intake and eliminate any obstacles in allowing the youth to access grief support. During the pandemic, we continue to see more individuals who have lost employment and housing, and due to the stress or from contracting COVID-19, students in turn, experience the loss of their family members. Our CBC team when presenting to the community makes sure to call attention to this population as providers may not link to bereavement services.

SHC: What is grief-informed and grief-sensitive education/services, and why are they important, especially now, and especially for children and youth who face the trauma and barriers of homelessness?

Debra: As an LCSW for almost 20 years, I did not realize until I took a CBC grief informed training that the language I was using to speak to others about the death of a loved one was not only unhelpful, but could have been harmful. Being grief sensitive means understanding the language to use when speaking with others who are grieving. At the CBC, we provide short presentations to discuss how to be grief sensitive and to refer to CBC for support. We also offer more in-depth grief informed trainings so that medical and mental health professionals, as well as first responders and educators, understand not only the language to use, but how to provide the necessary intervention. For children and youth who experience the trauma and barriers of homelessness, these education services are even more critical, so that these students are not retraumatized if inappropriate language about death is used.

SHC: How can bereavement services be an additional and vital resource for homeless liaisons?

Debra: Homeless Liaisons can benefit from grief services in many ways, starting with referring students and families to the local children’s bereavement center near their school district.  By partnering with the local center, liaisons can be preventative in first understanding the language to use when faced with a student who experienced a loss, and second, knowing where to refer the student when this occurs, because it often occurs in a crisis situation. It is important to note that the student and family may not be immediately ready for grief support, and the liaison simply should provide the information and let the student and family know to call the center when they are ready. It could be a week, a month, a year, however long they need to be comfortable going to grief support, it just needs to be when they are ready. Also, bereavement services are a helpful resource to liaisons because liaisons themselves also have experienced loss of their own family members, friends, colleagues, and students. Liaisons also need to take care of themselves during these difficult times and should seek grief support for themselves, as well.

SHC: How could liaisons pursue these services/education?

Debra: Liaisons can reach out to their local bereavement center to inquire about training opportunities. If their community does not have a bereavement center, the CBC is able to contract with school districts around the country to receive grief sensitive training. Anyone who is interested in training can reach out to the CBC Clinical Director, Dr. Daniel Sheridan, daniel@childbereavement.org, to speak about training and education.

In addition, the CBC is offering a few upcoming free training sessions on Zoom in November to recognize National Children’s Grief Awareness month, including a CBC Lunch-And-Learn about understanding grief in the Haitian community on Wednesday, November 3rd, and a Conversation with the CBC on Thursday, November 18th about how to talk to children about loss. For more information, people can visit our website at www.childbereavement.org or follow us @miamicbc.

SHC: What does CBC offer, and what is the best way for liaisons to get in touch?

We know that these last 20 months have been very difficult for so many in our community, and as November both is Children’s Grief Awareness Month and includes National Hunger and Homelessness Awareness Week, we all must do whatever we can to provide the resources needed so that no one ever needs to grieve alone.

Deb began her career as a School Social Worker in the Chicago Public Schools assigned to communities with high gang violence. Upon moving back to Miami, Deb was a clinical therapist for Jewish Community Services focused on couples counseling as well as providing therapy to children, teens, and adults both in individual and family settings. Prior to starting her position with the CBC, Deb worked for 9 years as the District Homeless Liaison for the Miami-Dade County Public Schools, serving as the Director of Community Outreach for Project UP-START. She was the co-chair of the Youth Homeless Working Group under the Homeless Trust as well as a co-chair of the Youth Homeless Initiative for the HOMY Collective for six years and was the Superintendent’s designee for the Homeless Trust Board. Deb has presented at state and national conferences including the National Association for the Education of Homeless Children and Youth as well as presented on webinars through a national partner, School House Connection, speaking about best practices in assisting children and youth experiencing unstable housing. Deb’s effort to successfully transition homeless high school students to post-secondary institutions was featured in a publication by the United States Interagency Council on Homelessness highlighting the accomplishments of many formerly homeless high school students who successfully became college graduates.